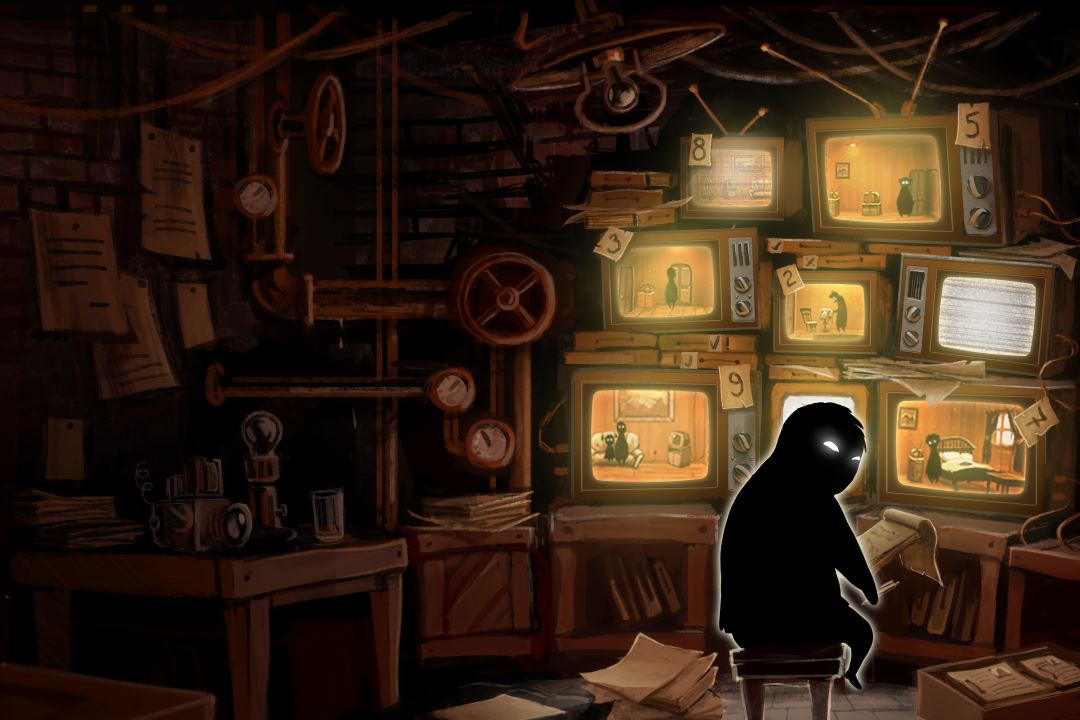 Beholder is all about trying to be a decent person when the rules require foul play. You are Carl, a new government employee charged with running an apartment building. Of course this job is handed to you with strings attached. While you may occupy the landlord’s office, your primary occupation is collecting intelligence on your tenants.  Hide cameras in all the apartments, search people’s belongings and eavesdrop on their conversations; just don’t get caught. When I was given this warning I assumed the consequences would be severe. I could only imagine the outrage I would feel if I came home to find my landlord rifling through my personal possessions. However, the residents didn’t seem all that upset by it. Sure they would tell you to leave immediately but there were no fisticuffs, fines, or complaints lodged with the ministry.

Stylistically, Beholder is quite streamlined. The game world is much like a dollhouse. One wall of the apartment building is cut away to reveal the rooms within. Each character is little more than a silhouette. Outside of major dialogue characters speak to one another with illustrated word bubbles. Overall the game is as oppressive and as the situation it attempts to describe. Everything is dark, the colors are washed out and the soundtrack is consistently melancholy. Despite the onslaught of orders and bad luck from the outside world, Carl is helplessly confined to his apartment building. The closest he can get to escape is the bus stop outside and even then, he doesn’t seem to have the money for fare. 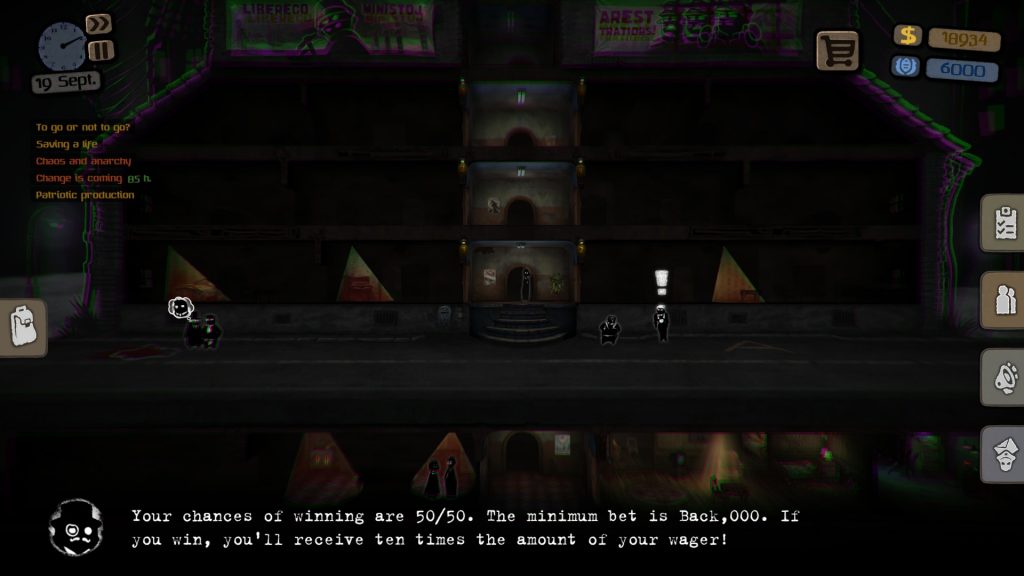 Despite its unique look, Beholder invites, if not demands, a comparison to Papers, Please. Both are set in a totalitarian country where the player is handed the ultimate power to decide who gets punished and who does not. In both cases the fate of individuals, families and even the whole country rely on the actions of the player. Beholder goes about the scenario in a slightly different way, but ultimately there are too many similarities to be entirely kosher. For example, “winning” a new job, taking care of a family, there’s a bomb that has to be diffused, a secret rebellion, illness of a child, a looming life or death inspection and the sudden, urgent need for passports.

The government pays for information on each person living under your roof. Getting to know each individual by spying on them or just having a wholesome conversation reveals useful characteristics as well as various side quests. While filling out mountains of paperwork about who’s an alcoholic may feel tedious, each small reward adds up to valuable savings. 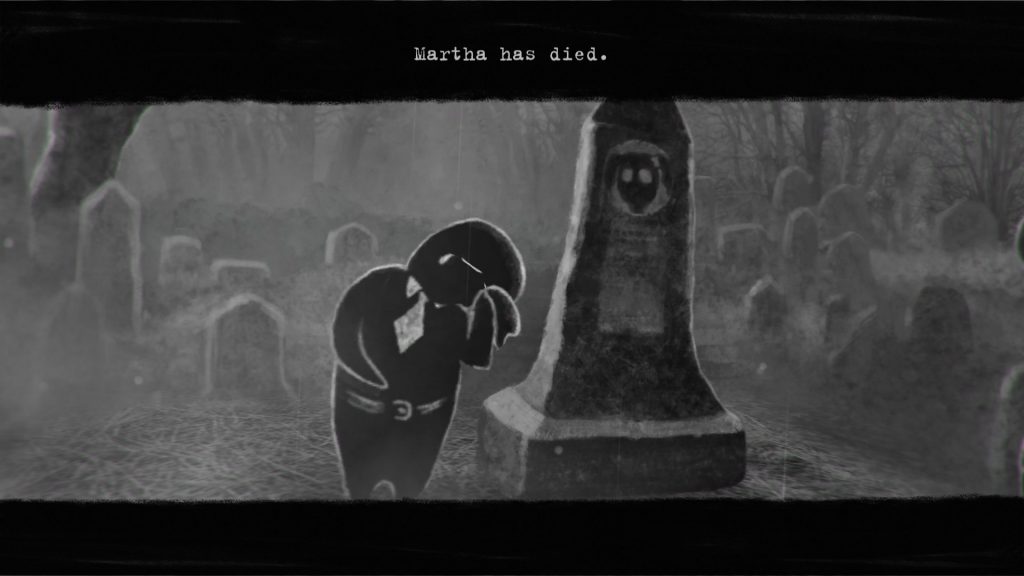 In the process of searching apartments, it’s not uncommon to come across illegal goods. With the list of contraband being constantly updated the probability increases with every passing minute. Once you find one of these items you have a choice to make. You can either:

The blackmailing system really made the game for me. If you have any intention of saving your whole family it’s the only way to go and even with such noble intentions it feels incredible dirty and malicious.

While the characters may be little more than animated silhouettes, they are written well enough it’s hard to avoid getting attached to them or (more commonly for me) develop a seething grudge that transcends save files. It was the latter for whom the blackmailing system became most in depth. There was one tenant in particular who I could not stand. I won’t name them here to avoid spoilers. This individual had deep pockets and a stash of banned goods. After I exhausted all my opportunities for blackmail I actually went to the corner store, bought an illegal apple, hid it under the person’s bed and called the police. After they were forcefully hauled away I sold their belongings and used the money to buy my wife that radio she’d been asking for. I couldn’t be more pleased with my craftiness. Whatever shame or guilt I felt during my first iteration of the scheme melted away several save files later.

By the time I unlocked every ending of the Beholder I had spent 20 hours as Carl the landlord. The more memorable part of the game is the evolution of my individual play style. The first time round I was wide eyed and cautious. Every mistake pulled my heartstrings as I watched my family die off and my tenants curse me. By the end however, I was crafty, even devious, using every trick I knew to get the money I needed and abscond with my family to greener pastures.

Bottom Line: Beholder will certainly please fans of story based games. While it does feel a bit “video gamey” at times, it still manages to create an immersive atmosphere. Multiple playthroughs are rewarded with a diverse range of endings, with the best outcome being satisfyingly difficult to achieve. It’s well polished and definitely worth the price. 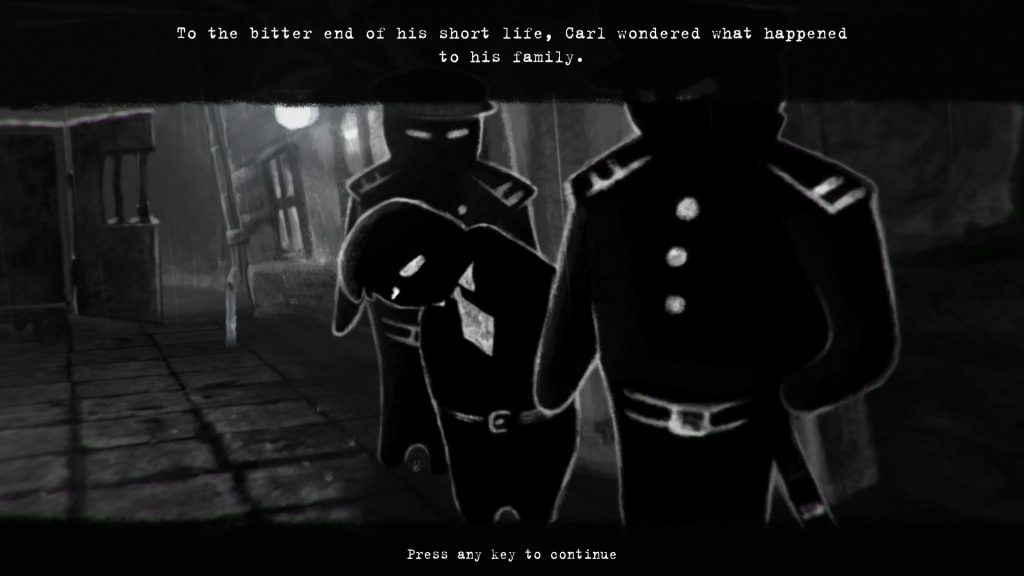