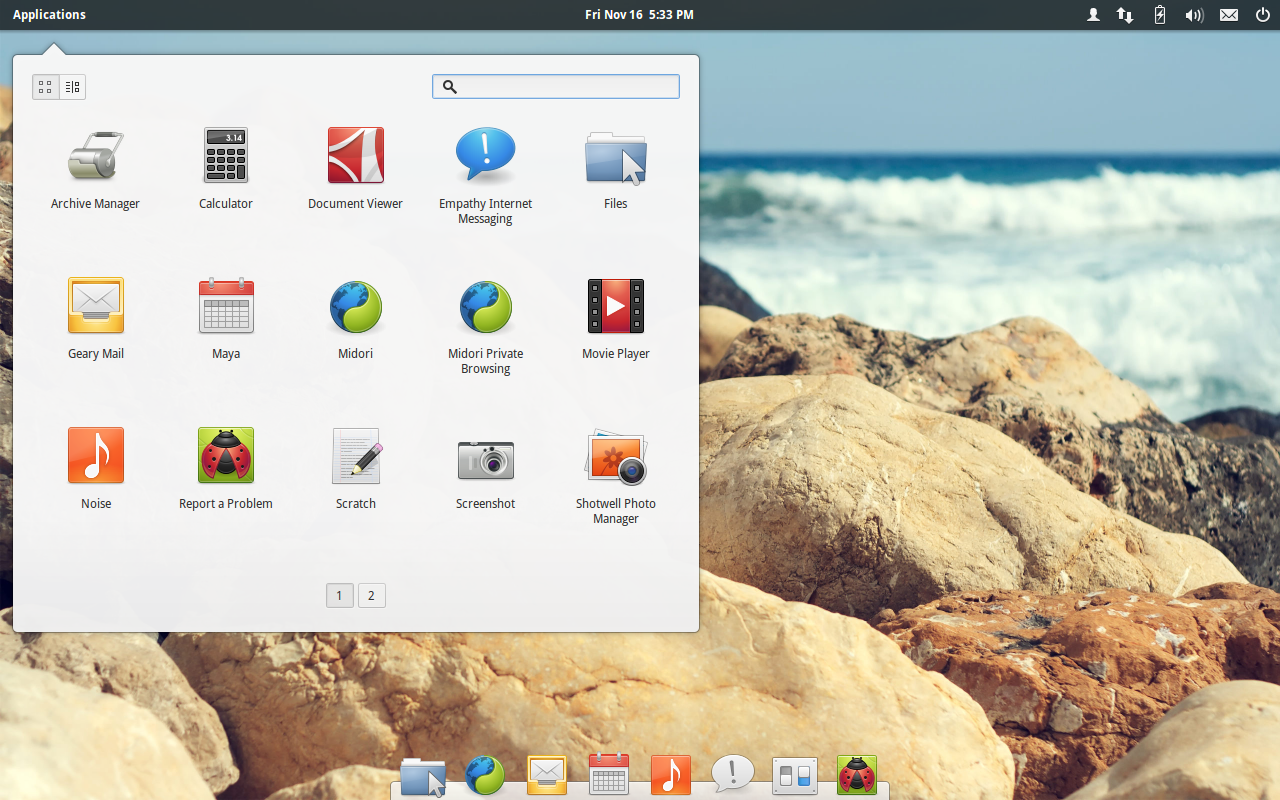 Elementary OS Luna: Just Another Ubuntu Derivative, or Something More?

Have you ever had that friend (or been that friend) who is constantly trying to sell your friends on installing a Linux distribution (distro)? If so, you’ll know that there are a few common barriers to entering the Linux world – first, the complexity involved with configuration and customization in the operating systems themselves (although it doesn’t take much work to learn to love the command line!), and second, the aesthetic changes that most distros carry with them. Although most Linux distributions have consolidated around some very modern-looking programs and Ubuntu has simplified Linux enough that the everyday user never needs to look at the command line unless they absolutely want to, new users still seem to have an averse reaction to the very concept of Linux. I understand that it conjures up a lot of connotations – the beards, the cracked-out Mountain Dew-induced programming sessions, entire days spent editing .cfg files – but the last few years have been really great for casual users looking to make use of the free and open-source Linux kernel and the variety of operating systems built upon it. Ubuntu and it’s cousin Linux Mint are probably the most commonly-known distros simply due to the fact that they emphasize an easy user experience as a primary goal in their development.

A newer name in the fight for a friendlier Linux is the Elementary team, a group of developers who are passionate about making a functional, powerful Linux distro that challenges the graphical polish of Microsoft and Apple’s latest offerings. This week saw the release of Elementary OS Luna – the result of several years of development and a lot of growth since their last release, “Jupiter”. Elementary OS, like Linux Mint and several other distros, is based around Ubuntu. While Linux Mint has added a lot of polish to their project with their Cinnamon Desktop releases and Ubuntu’s Unity is getting prettier and prettier with every release, can the small team at Elementary edge in and carve out a spot for itself among user-friendly Linux distributions? 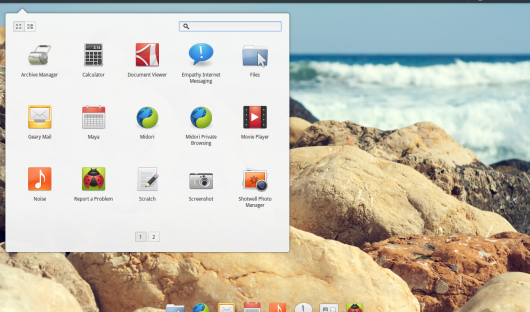 Luna has been built from the ground up to look polished, and on that front the Elementary team hasn’t failed to deliver. The general aesthetic of Elementary’s Pantheon desktop environment (for non-Linux folks, this is the whole visual package of the desktop – window management, interface, etc.) is very reminiscent of Apple’s OSX. In the few days since I installed the operating system I’ve had a few people even ask me how I got OSX installed on my AMD-based machine, and they were surprised when I told them that it was actually Linux, not Apple’s OSX, running on my system. Although some might say that the desktop environment borrows too heavily from OSX’s look and feel, I think that it speaks the degree of polish that Elementary has put on the desktop environment that people have a hard time distinguishing it from OSX’s incredibly polished look.

In addition, the desktop environment is incredibly responsive. The team has spent a lot of time working with the window animations that the system performs whenever an application boots up, when the user logs out, or logs in. The interface has a very elastic feel (in a good way) and windows pop into animations with some degree of acceleration in and out of those animations. It looks fantastic. Their implementation of a window-snapping feature (much like Microsoft introduced in Windows 7) is great, and honestly puts Microsoft’s system to shame. As windows snap to either half of the screen the window animates and live transforms into it’s new dimensions, making the action feel incredibly solid. The best thing that I can compare it to is a desktop equivalent of the haptic feedback (vibration) you get from mobile devices when moving elements around the screen. I’ve spent a lot of time using both Ubuntu and Linux Mint, and to be honest, some of the work that Elementary has done here really shines when compared with the work that Luna’s cousin distributions are putting out.

The familiar aesthetic of Luna also makes it very user friendly. If you’ve ever interacted with an OSX machine, you’ll feel right at home on Luna. The icon design is reminiscent but not necessarily derivative of OSX, and icons do a great job of indicating exactly what they do (the setting icon, for example, isn’t visually convoluted in the way that I’ve seen in other Linux distros, for example, nor is the software updater icon). The team has also done a great job in selecting some quality software to use as default programs. Geary, Yorba’s Linux email client that I reviewed a months back is deployed as the default email client, and Midori browser (which uses the same rendering engine as Google Chrome) is the default browser. While Midori doesn’t have some of the features that I need for working between multiple machines such as synced bookmarks, etc., it performs very well and looks great. A re-skinned version of Empathy chat client is tastefully redesigned to work well with the Elementary aesthetic.

A lot of this is thanks to the fact that the Elementary team has made a lot of really smart decisions from a design perspective. A cursory look at their website reveals a really robust Human Interface Guidline (HIG) that gives developers a consistent standard toolkit of design principles to help every piece of software bundled with Luna feel integrated into the whole package. These are the kinds of design guidelines that Apple, Microsoft, and Google have used to develop their aesthetic footprints on OSX/iOS, Windows, and Android to great success. And while other Linux distributions certainly have lengthy interface guidelines for developers, for many it seems to be an afterthought. After years of using Linux software that feels out of place and discombobulated when placed next to each other, the uniformity of Luna’s interface is really refreshing. On a related side-note, Luna’s usage of Droid Sans (the open-source system font for Android) is great, but I’ve always thought that it was a great looking system font.

But is a pretty face really enough? Elementary’s greatest challenge has been getting beyond the idea that they were just a pretty Linux distro, and with Luna they made a conscious effort to address that. Elementary developer Cassidy James discusses this in a post on the team’s blog:

While the elementary team expected to be met with excitement [at the Ubuntu Developer Summit], we were also met with caution and criticism from more experienced developers. Some called our fork of Nautilus hacky, questioned how long we might even be around, and were generally unimpressed with the lack of structure in our development process. Later that day, we sat down and had a great talk with Jason “DBO” Smith who put it bluntly by saying, “You guys are a great design shop. But you’re not a great code shop.”

This seems to speak a lot of the some of hesitancy that longtime Linux users have had with Elementary’s approach – it looks great, but have the code backbone to stand up to distros like Debian, Fedora, and Ubuntu, which have veritable armies of seasoned Linux developers crunching new code practically day and night.

Without an incredible amount of experience with Linux development, what I can say is this: I’ve been running Luna for 4 days and haven’t had a bug to report. This is paramount for me coming from Ubuntu 13.04, where I was filing daily bug reports with a relatively stock system. I will also say that Luna runs light and efficient on my machine – I’ve seen a roughly 10% resource usage drop when my machine is idle, and the OS boots from a cold start as fast or faster than my previous Ubuntu install.

That said, Luna isn’t necessarily a distribution that is targeted at hardcore Linux users, either. One of Elementary’s stated goals is that they want a distro that works as well for your grandmother as it does for your IT guy, and while all the power of the Linux terminal is still available to you, the general customization of Linux is lost in Luna. Upon opening up a terminal session in Luna I went to modify my terminal display settings (I like to adjust my text colors for high contrast, etc.) and found that I couldn’t make any modifications to customize my terminal. In the Linux world, there’s few things that power users want to do more than customize their terminal. To many of you that might seem like a ridiculous point to make, but it really indicates the fact that Elementary isn’t quite making good on their promise to please both the everyday user and the power user.

Similarly, I found that some essential tweaks that I had enjoyed under Ubuntu and Mint were nowhere to be found. The aforementioned window snapping feature that Ubuntu employs through Compiz could not be configured to do more than a 50/50 split of the screen, whereas I have been regularly using a 25/25/25/25 (quartered) window split on my Ubuntu install that allows me to multi-task between four open windows simultaneously. Furthermore, I have yet to find a reliable solution for binding window management shortcuts to my multi-button mouse. Under Unity I was able to use the expose-like window switched (which spreads and displays all active windows, allowing quick switching between them) with any mouse button as a toggle, but under Luna I am stuck with the system’s keyboard shortcut. That shortcut can, of course, be modified to a binding of my choosing, but the lack of mouse binding was a little disconcerting. Lastly, Luna doesn’t come pre-installed with a system monitor. This seemed to me to be one of the biggest oversights of the whole distro – yet when I visited the Elementary team’s Launchpad page to report the bug, I found that someone else had already made note of it and the issue had been closed as “intentional,” meaning that the team didn’t intend to bundle a system monitor. They suggested that users install the Gnome System Monitor – which is possible sheerly due to the fact that any packages that could be installed under Ubuntu can be installed in Elementary. Yet again, however, it’s a power-user feature that has gone entirely unaddressed.

That said, for the time being I plan to keep Elementary OS Luna as my daily driver. Despite the fact that there are some lacking customization features out of the box, ultimately I feel that some of those oversights are worthwhile considering the payoff in polish, usability, and all-around great design that Luna brings to the table. The fact of the matter is, Luna is the best-looking Linux distribution I’ve ever used, and I’m looking forward to seeing where the team continues to take the project over the next few years of development.