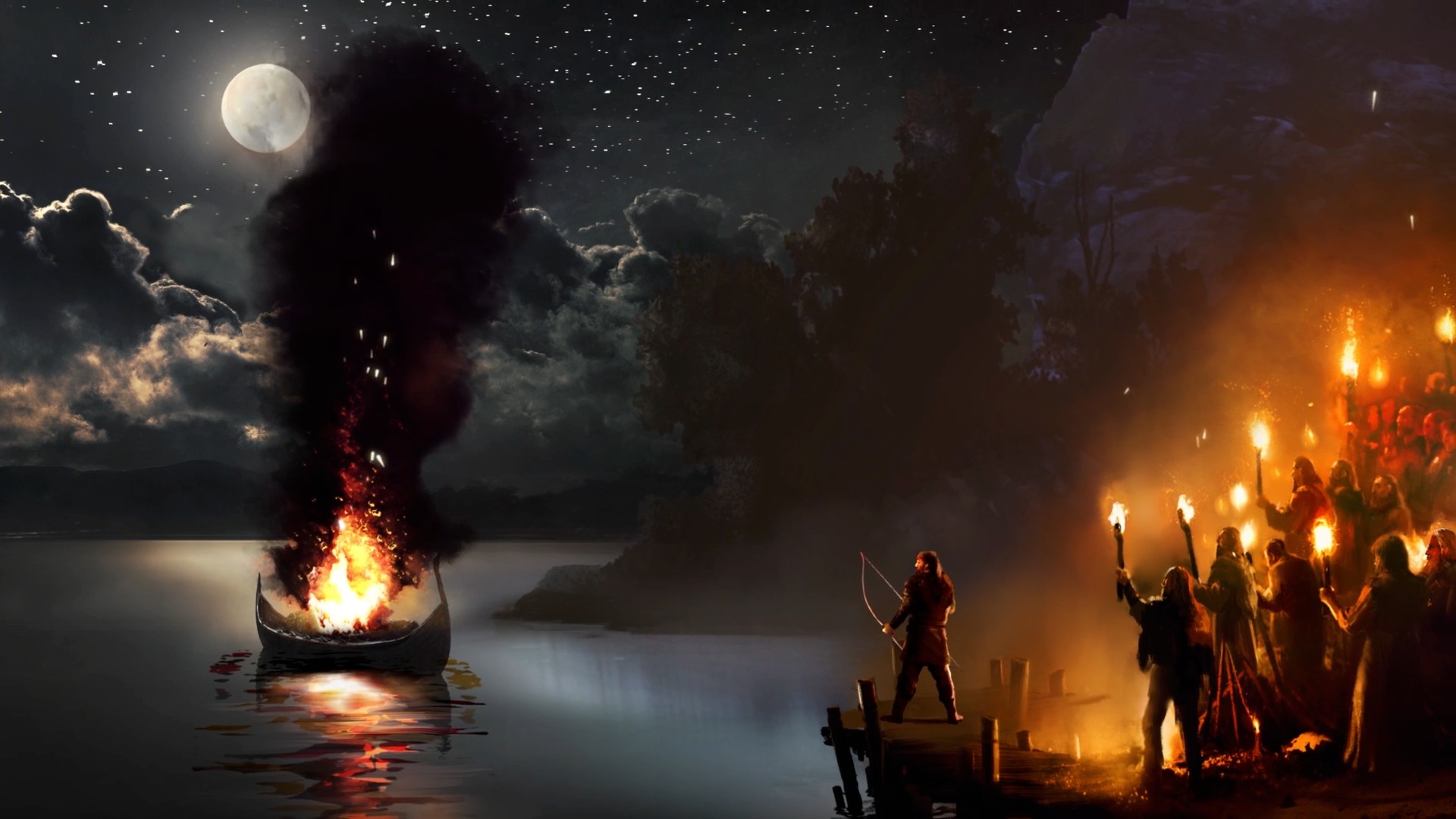 Sometimes I pick up a game because I want to feel like a real badass. There’s something very special about becoming someone incredible, capable of great feats worthy of epic ballads and text book immortalization. Expeditions: Viking was one of those games for me. I went from being another little nobody, eating cold pizza at my desk to commanding a party of skilled raiders. I pillaged and I plundered and at the end of the day I felt like a hero. That is what gaming is all about.

You play as the son/daughter of a fallen Viking thane. Your father left for the British Isles, returning home as a corpse. Now it’s up to you to restore your clan to its former glory and protect against the looming threat of invasion. As the title suggests, you must set out on an epic expedition to the same land where your father died. There you can either gain the loyalty of a ruling power, take over the entire island or simply pillage and plunder until your longboat is full of treasure. I was somewhat inclined to play as a power hungry brute, but decided instead to be tactful and responsible. That means I didn’t raid any villages and tried my best to do no harm.

During my epic voyage I recruited a handful of highly specialized party members. These included a witch’s apprentice, a burly thug, a noble warrior and steadfast childhood friend. In addition, players can round out their crew with some hired hands. This gives you the opportunity to create a few heroes of your own with stats that complement your chosen play style. I ended up leaving the docks with Cannon Fodders 1-4, all proud sons of Tazer Face. 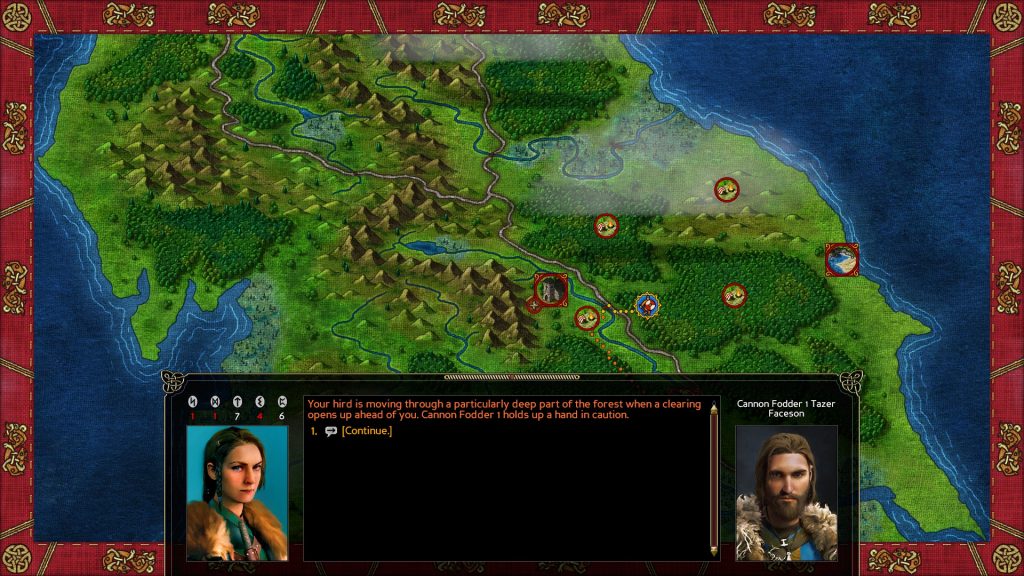 While traveling your progress can be interrupted by a number of random events. For example, you might run into a group of bandits, triggering a fight, or you may come upon an omen. At one point in my quest I encountered a man erecting a Nithing pole and was given the option of helping or not. It was these events which gave the game some spice. It felt more realistic and broke up the samey business of exploration into memorable events.

One of the biggest problems I had with Expeditions: Viking was the camera configuration. The game takes place in a 3D world where the camera is aimed down at a 45 angle from somewhere around 3 stories high. The problem arises from the fact that the camera is rotatable. This can be nice because it allows the developers to flesh out the landscape organically and more true to life. The problem, however, is that from so high up it can become really difficult to locate certain locations, items and characters. For example, in one of the major cities I was supposed to find the local church. When I reached the quest marker I ended up running around in circles for several minutes because I couldn’t find the door. It sounds like a minor inconvenience, but when you’re trying to comb over large areas looking for small details, it becomes tedious and frustrating having to constantly swivel the camera. Games like Diablo and Age of Empires dealt with the shortcomings of such a camera angle by having its direction fixed. As a result, all the visual information players need is focused in one direction where it’s easily visible. Imagine driving down a main road and seeing all the store fronts facing traffic so their wares and signage are clearly visible. In Expeditions: Viking the disorganized (although realistic) landscape ended up hindering game play. I should be fighting enemies, not the camera.

The play style is turn based combat. I have to admit, I haven’t played many games in this genre, so I don’t know exactly which features are standard. However, even as a novice I felt like the combat system was intuitive and well designed. There are no complex menus to wade through and all functions can be completed easily with the mouse (although there are keyboard shortcuts for more advanced players). During a fight each side takes turns moving combatants and performing actions. Once your turn is over and the enemy starts moving there’s nothing you can do to defend yourself so anticipating your enemies’ moves is crucial to survival. 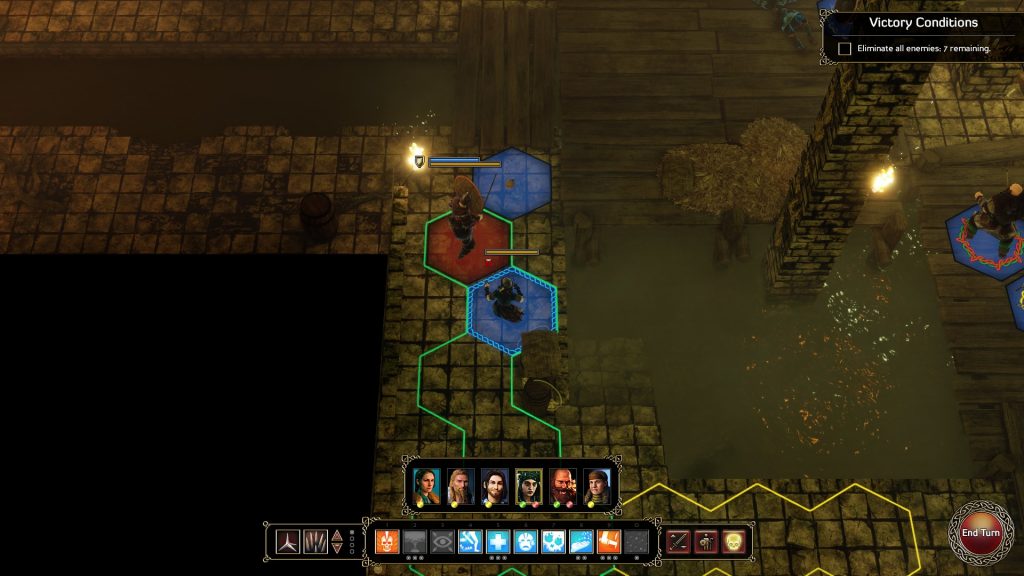 Expeditions: Viking labels itself as an RPG which it certainly lived up to. As mentioned before, there are many possible avenues to take during the story. What I really enjoyed, however, was the customization and growth of my party members’ stats and abilities. Players aren’t trapped in a specific class (i.e. archer, mage, paladin). Instead, experience points are invested into different weapon classes. As a result, characters can be masters of archery while also being skilled with a dagger in the event of close combat. This diversity within individual characters encouraged truly strategic gameplay. For example, pike-men could be placed behind swordsmen at choke points to maximum effectiveness, but as soon as the battle field opened up the characters were free to switch to higher damage swords. In addition to weapons proficiency, players can also invest in special abilities such as battle-cries which reduce the blocking proficiency of nearby enemies or even an auxiliary attack that requires no action points (basically a second turn). Beyond combat, experience points could also be allocated to survival skills that came in handy during camping and exploration.

Unfortunately, the game also plays with a very dangerous double edged sword. I am referring to its use of detailed animations. While it may seem enthralling at first to watch individual warriors string their bows, patch each other’s wounds and run into cover, after about 10 hours of gameplay it can become exceedingly tedious. In battles involving 10 or more enemies you’ll be wishing for a fast forward button. It just takes forever to watch every little action. Sure it’s nice to see what the AI is doing, but once you get the gist, it’s not necessary to sit through the last 6 seconds of animation. Of course 6 seconds doesn’t sounds like a lot of time, but add that up across 10 or more NPCs during 8 or more turns and you’re talking about a considerable amount of time. I appreciate the realism, but I also want to get on with it and bash some skulls. 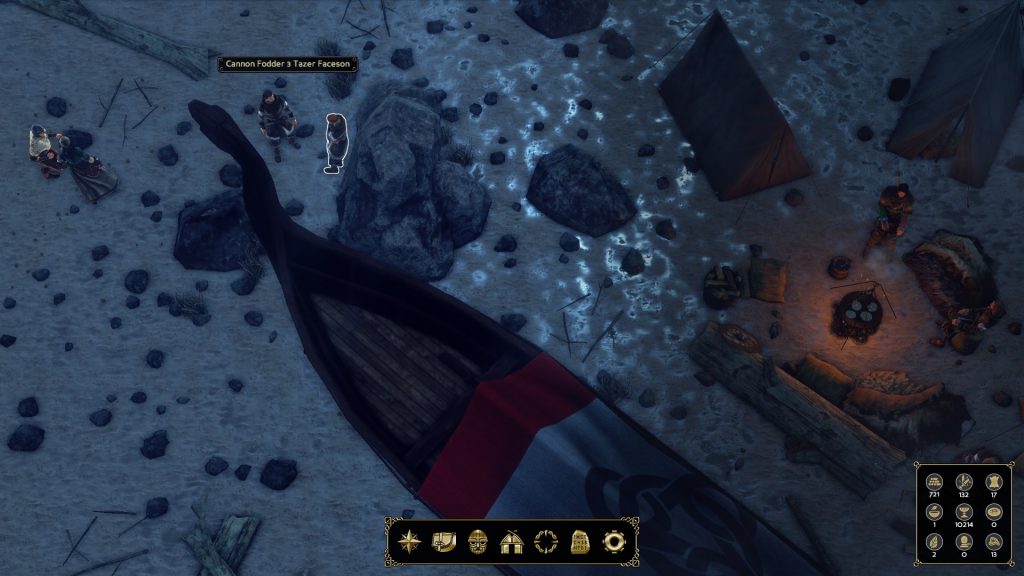 Overall, Expeditions: Viking offers an decently engaging campaign made memorable by its in depth combat and exploration systems. Every battle (excluding chance encounters on the road) offered unique challenges. Each party member was highly customizable, allowing for virtually any play style while also developing as characters within the narrative. I would strongly recommend the game to anyone who enjoys strategy, turned based combat or vikings/viking culture in general. 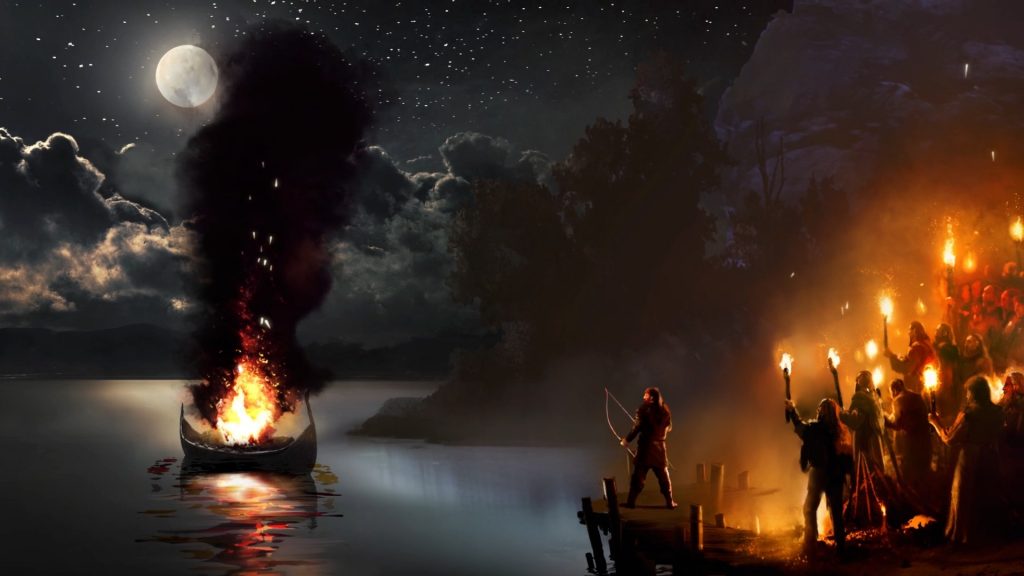