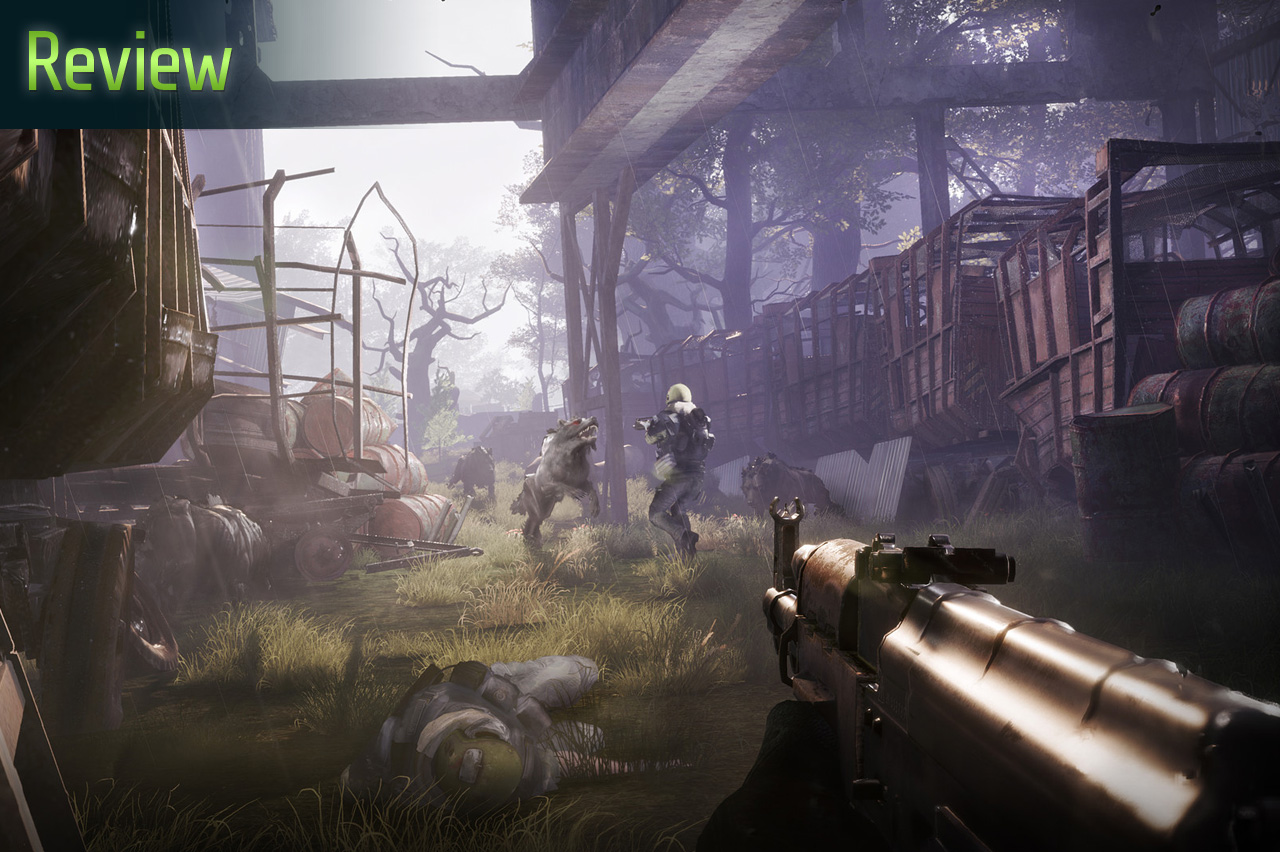 Fear the Wolves is a fast paced, high intensity battle royal game for PC. Groups of 15 players compete to survive the many hazards of the Chernobyl Exclusion Zone as well as each other in order to reach the final extraction point. As the clock ticks down, more and more of the map becomes eradiated, drawing players to a central point of confrontation.

Fear the Wolves is successful in many ways. Where other battle royal games struggle to keep a consistent tempo, Fear the Wolves keeps players on their toes with a variety of hazards as well as providing smaller goals. Fans of the STALKER games will recognize the Anomalies that threaten to injure less aware players as well as the mutants for which the game is named: wolves.

The wolves in this game are what truly set it apart from others in its genre. They offer a valuable dilemma for players. Because there are only 15 players per map, the probability of running into someone while looting buildings is relatively low. However, these settlements are still dangerous because of the wolves. Packs of rabid animals patrol near houses and will actively seek out players.

My first reaction on seeing them was to simply run inside a house and shut the door behind me. I went about looting without a care in the world. I could hear the wolves howling and barking outside, but payed them no mind. However, after a few moments, the huge beasts actually knocked down the door and poured in to tear off my arms and legs.
There’s another interesting dimension to the wolves. Besides offering a constant threat. Most packs are accompanied by a matriarch: a huge white wolf with an exposed, glowing heart.

Killing the matriarch and taking her heart grants players immunity from wolves, so long as they have it equipped. From a design standpoint, this mechanic affords teams a meaningful choice: to avoid the wolves and stay safe, or risk injury trying to secure a matriarch’s heart.

Overall, the game is worth downloading for fans of STALKER who would like a battle royal experience. Weapons are easy to come by and threats are high, allowing for consistent tension across the lifetime of a match. Lobby wait times are short and, in most instances, I was paired with another competent player. Check it out for the unique wolf mechanic and keep playing for the overall quality of the experience.