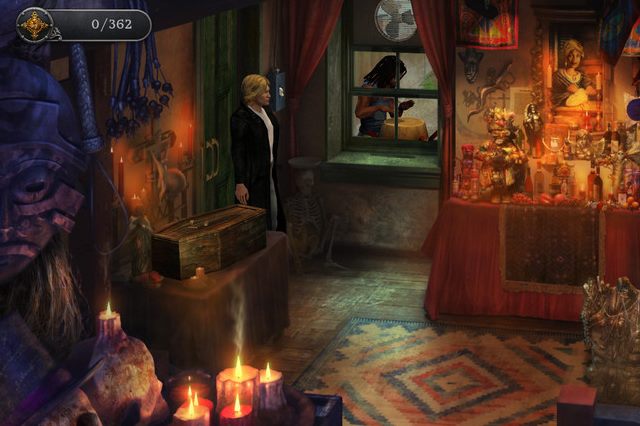 Adventure gaming legend Jane Jensen and composer Robert Holmes founded Pinkerton Road back in 2012 to “create narrative games for tablet and desktop computers.” The two titles they have available to date are the successfully crowd-funded Moebius: Empire Rising and an HD re-release of one of the greatest and well known adventure games of all time, Gabriel Knight: Sins of the Fathers.

Blending the best of yesterday and today, it re-imagines the 1993 original, voted one of the greatest games of all time, for an entirely new generation of fans. As struggling author and bookstore owner Gabriel Knight, players will investigate a series of savage ritual killings in New Orleans and their connection to voodoo’s sinister mysteries.

That’s right, it’s an HD remake to a nearly 20-year-old game. Our very own Ivan Baird actually had this game and spent hours working through it and remembers it quite clearly. The graphics themselves were spiffed up quite a bit, along with the score, but some of the puzzles still have the same issues they had when he first piloted Gabriel all those decades ago.

Listen in to hear Ivan Baird put on his nostalgia glasses and get neck deep in the voodoo (and inadvertent misogyny) of Gabriel Knight: Sins of the Fathers.