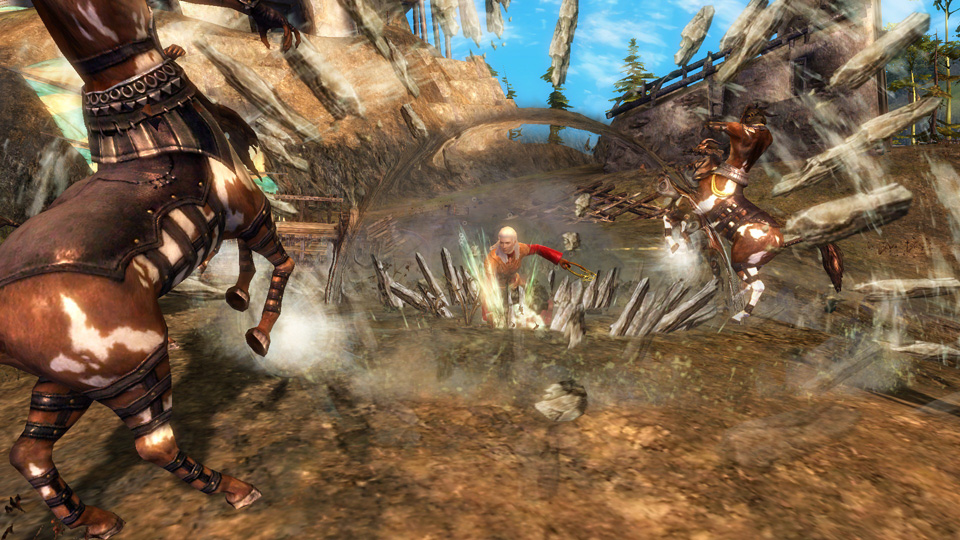 The game allows players to create a character (chosen from 5 different races, each with unique skills and abilities), establish a back-story, and outfit them with purchased, crafted or scavenged armor and weapons… all while adventuring either solo or with other players online.

The game has sold over 2 million copies worldwide and is consistently played by more than 400,000 people each week. There is no subscription fee, but players are still required to purchase the game.

Listen in as gaming correspondent Ian Larsen explores the world of Tyria in his review of Guild Wars 2.