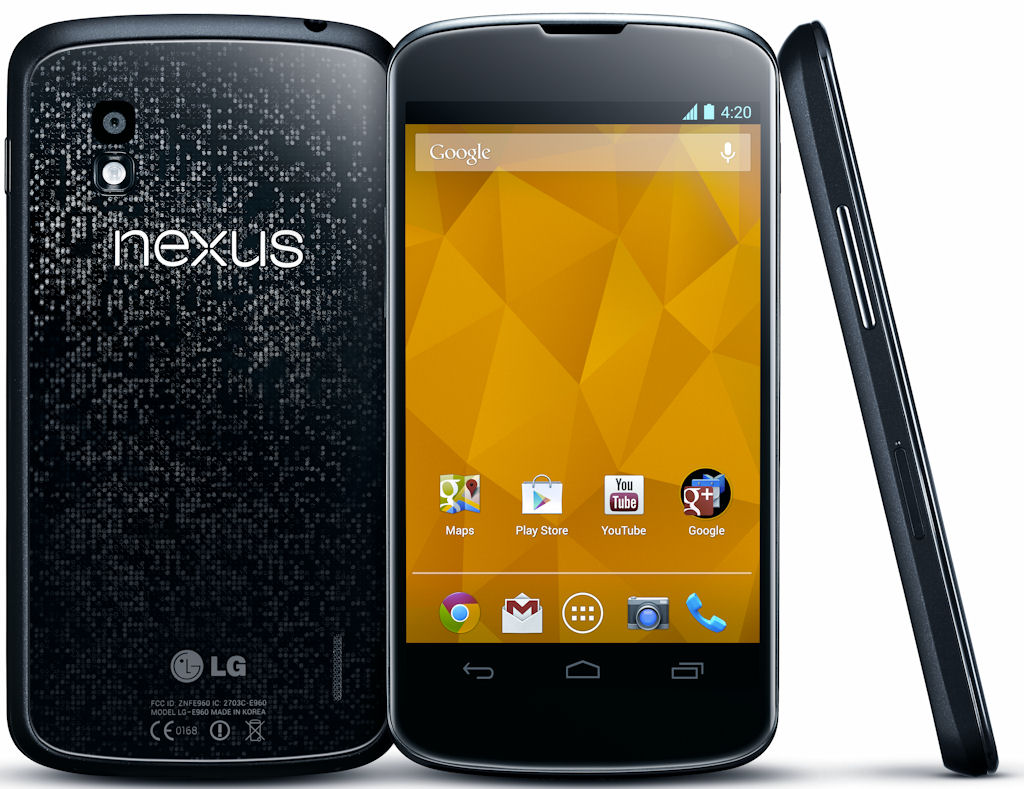 By Ryan BatemanFebruary 8, 2013No Comments The Nexus 4, Google’s latest flagship device in its “Nexus” line, has had a little trouble in the first few months of existence. Back in October, the press event Google scheduled to unveil the device (among other things) was cancelled due to Hurricane Sandy, but this didn’t stop the hype. The budget price and high build quality of the Nexus 4, paired with the promise of immediate updates to the most recent version of Google’s Android operating system made the device an instant hit. So much that the device far exceeded the sales figures Google told LG, the manufacturer of the device, to expect. This resulted in the device being near impossible for the average consumer to order.

Despite these false starts on Google and LG’s part, the device is now back on sale and orders of the smartphone are shipping within 24 hours of order, and I just so happened to receive one in the mail late last week, less than 72 hours after my initial order.

So with the device finally in hand, I set out to figure out what makes Google’s latest flagship tick.

With its 4.7″ IPS high definition display and Qualcomm Snapdragon S4 quad-core processor, LG’s first-ever Google-approved “Nexus” device utilizes top of the line hardware in mobile phones today. It has the bells and whistles you’d expect – A full two gigabytes of RAM, an eight-megapixel camera, etc. But statistics are boring – and I’ll talk about them more later, in a full fledged review. But what is it that really makes the Nexus 4 a noteworthy device?

The first is price: at the low price of $299 you can get a cutting-edge smartphone without any kind of contract obligations whatsoever. Comparing that the $600 pricetag that comes with a non-contract Galaxy S3 from most major carriers, the Nexus 4 is a steal. Many folks buy the Nexus in the hopes of jumping ship from the carrier to cheap prepaid service options like StraightTalk, which offer unlimited talk, text, and data for a significantly lower price than major carriers. For others, the freedom of switching carriers as they please is enough to go with a Nexus device. But cheap isn’t necessarily great – if I wanted cheap, I could grab a refurbished or used device for next to nothing.

Where I think the Nexus 4 really shines is in its build quality. As someone who is really interested in mobile tech and Android in particular, I’ve ran into a ton of chincey smarphones. If you’ve ever shopped for an Android phone, you know the types of phones I’m talking about. It seems like every day a new Android device comes out that’s plastic from top to bottom and feels light and somewhat cheap. These devices perform well, don’t get me wrong, but there’s something to be desired in the way they’re built, and on that front, the Nexus 4 delivers. The device is almost exactly the same as LG’s Optimus G smartphone, but with a few motifications. But that means it comes complete with Corning Gorilla Glass 2 over the entire front and back of the device, lending it a weight in the hand that doesn’t feel unlike the iPhone 4 or 4s (gasp!), whose double-glass panels lent the devices a particularly elegant, polished look.

And of course, the biggest benefit of the Nexus devices is the close integration with Google on the operating system, and using the Nexus 4 has, in that sense, made me a believer. My last smartphone before the Nexus 4 was the original Samsung Galaxy S (or the Captivate, as it was called on AT&T), and as some of you may know from listening to the show, I was a big time proponent of flashing custom ROMs or software onto devices. The ROM flashing community is an interesting one, mainly because it developed as a way of getting the most recent updates to Android. For example, my last phone was only officially supported until Android 2.3, Gingerbread. That version of the operating system was released in the winter of 2010, but lacks some essential features that you need in 2013. Thus, folks have often taken matters into their own hands by taking community-built versions of the software on their devices.

Even devices that have come out within the last year see relatively poor support from carriers and handset-makers: the brand-new, top-of-the-line Galaxy S3, for example, still remains on Android 4.1, despite the fact that the 4.2 update has been available since October, when the Nexus 4 was originally announced.

As a result, being on the cutting edge of Android’s software updates is a nice perk of the Nexus devices. Android 4.2, in particular, has come with some really nice features, including a gesture-based keyboard not unlike Swype, which enables fast one finger typing on the device by simply sliding between the letters of a word. It also implements Google’s “Project Butter” – an attempt to speed up the general performance of Android, and as a longtime Android user, I can definitely tell the difference. Of course, I am coming from a relatively old Android device, but the snappiness of the transitions between windows on the Nexus 4 are impressive, and I haven’t seen a moment of lag, input or otherwise, since I first got the device. The addition of lockscreen widgets and redesigned notification bar are also welcome changes.

One grudge that I would voice, however, is in battery life. Although the battery in the Nexus 4 is sizeable, I’ve noticed that I have yet to get more than 15-16 hours out of the device with regular use. Combine this with the fact that LG has decided to not give the device a removable back-plate, thus making carrying a second battery impossible, and it’s a little frustrating that a modern device can’t last a full 24 hours without a charge.

Another point I might make is the total dearth of accessories for the device. One of the major features of the Nexus 4 is wireless charging, but the official Google wireless charger is still nowhere to be seen. They just finally released an official bumper case within the last week, nearly four months after the device’s release. Third-party cases and accessories are not easy to find, either. It makes it somewhat frustrating to know that Google has a spectacularly built flagship device but they have neglected the kind of preparation necessary to let other manufacturers build peripherials for their phone.