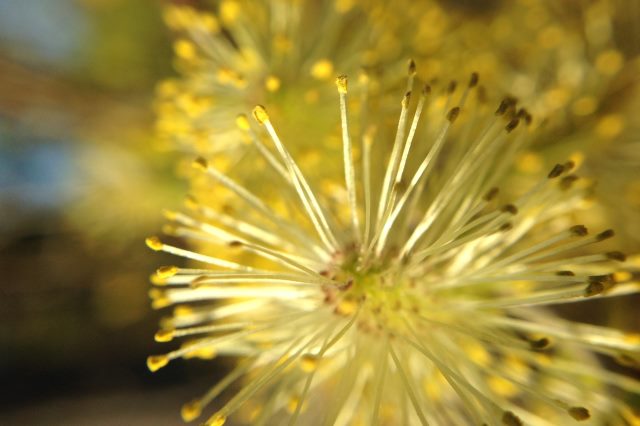 It’s camping season (and with that, #latergram season) — a time rife with opportunity to post filtered photos of our adventures as soon as we’re within shouting distance of data reception. Regardless of your social media outlet of choice smartphone cameras are the easiest way to catalog an excursion. But usually it ends there – you can only stand so close to a subject before the camera stops auto-focusing, can only capture so much of a scene in one frame. Even with the advanced capabilities of the iPhone 5, no filter makes up for a DSLR’s ability to push limits. 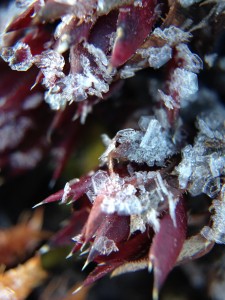 The Macro 3-in-1 allows a quick and sharp photo of frost crystals covering a tiny saxifrage.

The iPhone accessory Olloclip is an alternative to DSLR cameras for the everyday, slice-of-life photographer who wants to practice out switching out lenses without committing to a larger, more customizeable purchase. Although Apple’s iPhone has gradually upped its resolution from the 2 megapixels of the original iPhone to the 8MP we have today, the phone has its limits, particularly as novice photographers use their phones, rather than point-and-shoots, as stepping stones to DSLRs. Olloclip comes with no software to inhibit photographers and can be used with any app. However, there is an official Olloclip app, which is particularly useful for mesh editing to remove distortion.

Olloclip was funded through Kickstarter in 2011, netting more than four times its original goal. The clip has been around since the iPhone 4/4S, but the next generation expanded on its macro-photography lenses in addition to fitting the ollo for the iPhone 5.

Now, before we go on to reviewing a sample of products – the 4-in-1, the Macro 3-in-1, and the Quick-Flip Case – let’s be clear. iPhones can be pricy. We like them to last a long time. We buy cases for them and screen protectors to avoid the cracked, dead-pixel-ridden screens of nightmares.

The biggest downfall with Olloclip is it is designed to go only on naked phones. No case, no screen protector.

Olloclip made a slim, hard-plastic case – the Quick-Flip. As for the screen protectors, the photographer either needs to find one that happens to slip under the clip, or go through the tricky process of applying a new one every time the Olloclip is ready to be put away. My solution was to go several months without a screen protector – no cracks yet, but it’s a dangerous life.

This little guy clips over the corner of the iPhone 5 – the location of the 8-megapixel camera, rather than the 1.2 MP Facetime camera on the front, so no selfies of your nostril hairs. It’s an updated version of the 3-in-1 ollo, with a fisheye, 10x macro, 15x macro and wide-angle lens. The lenses are small – about the size of a quarter –  and compact, reversible with fisheye on one end, wide angle on the other, each unscrewing to reveal a macro lens underneath.  These macro lenses aren’t telephotos, they have a very unforgivingly small depth of field and focal distance. You need to be close to your subject, very close, steadily holding your phone less than an inch away.

The easily-removable attachment covers up the power button and part of the flash. Although the website says flash isn’t compatible, when using the flash, part of the subject is still illuminated – it’s just not ideal, though situations that require flash rarely are.

The lens bags are made of microfiber, doubling as lens cloths.

The 4-in-1 introduced a new macro setting to the 3-in-1 – 15X. As is typical in macrophotography, it’s difficult, without a tripod, to keep the subject at the right distance and in focus, a problem the Macro 3-in-1 addresses seamlessly.

The Macro 3-in-1 expands the macro capabilities of the Original 3-in-1, with 7X, 14X, and 21X. They also include handy light-diffusing InstaFocus Hood, which you can set against a flat surface rather than guess at where your subject will be in focus. Perhaps not as useful when avoiding spooking tiny moving critters such as spiders, but unless you have steady hands of steel, the InstaFocus Hood alone makes the purchase worth it. After all, none of these photos were taken with a tripod – and many on-the-go users will need the ease-of-use. 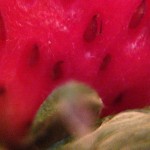 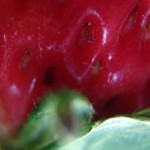 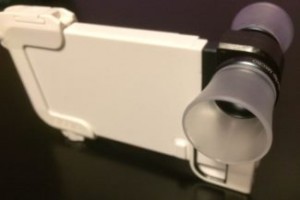 The Macro 3-in-1 with InstaFocus hoods clip on an iPhone 5 easily after swinging open the Quick-Flip Case’s top corner.

The case holds up pretty well, even after a few months of wear and tear. It doesn’t block any jacks, as long as you use slim ear-bud-style headphones. Larger, over-the-ear cords might have trouble fitting all the way into the jack.

The case doesn’t come with any frills – none of the padding of an OtterBox – but it does allow you to mount the phone onto a for tripod use in landscape or vertical.  It also comes with an iPod Touch adaptor.