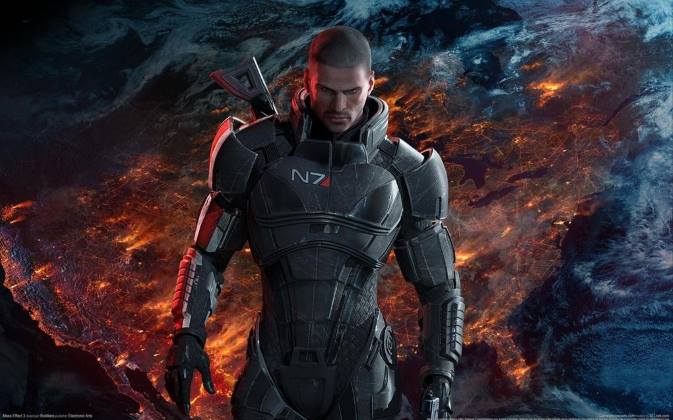 With the release of Mass Effect 3, developer BioWare ends the saga of Commander Shepard and the crew of the Normandy on an incredibly fun and exciting note.

Although not a big departure from the gameplay of Mass Effect 2, the story in the third is epic, spans the galaxy and the decisions you made in previous games determines who you meet and interact with.

It’s a slick bit of story telling that BioWare excels at and it creates a world that is as fun to explore as it is to fight in.

The third in the award-winning Mass Effect series, this third-person action game allows you to take command of Commander Shepard and up to two more companions as you gallivant across the galaxy ending – and sometimes starting – wars between different races.

Earth is burning. Striking from beyond known space, a race of terrifying machines have begun their destruction of the human race. As Commander Shepard, an Alliance Marine, your only hope for saving mankind is to rally the civilizations of the galaxy and launch one final mission to take back the Earth.

Take a look at the launch trailer and then hear GPF’s Tracy Rogers walk us through the amazing single player, exciting multiplayer and lackluster ending in Mass Effect 3.