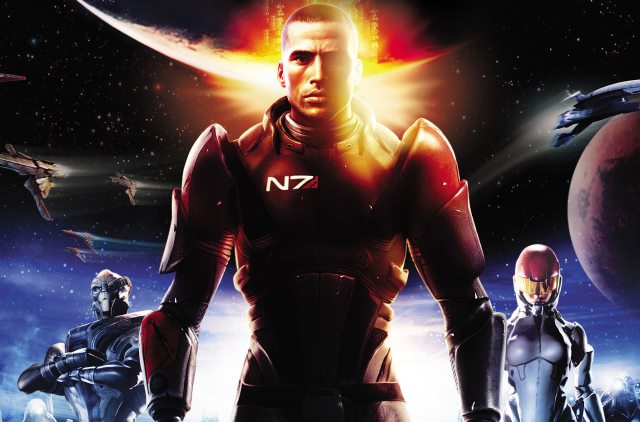 Every now and then a story comes along that inspires love and passion. Movie fans have their Star Wars, book lovers have their Harry Potter or Lord of the Rings and for many gamers, there is the Mass Effect series. The series is a third-person Action RPG with an epic story.

The first Mass Effect begins with Commander Shepard, a highly customizable character (race, gender, class, and more) joining a galaxy-wide Special Forces group. The story details Shepards attempt to stop antagonist Saren Arterius’ attempt to take over the galaxy. Only at the end of the first game does Shepard realize a far greater evil lies beyond: the Reapers.

Mass Effect 2 begins two years later. Human colonies across the galaxy are disappearing. These colonies are being abducted by a race of insect-like creatures known as the Collectors. It’s up to Shepard to a lead a team on a mission to stop them. As the story unfolds, Shepard realizes that the Collectors are also working for the Reapers.

By the final installment of the series, the Reapers full plan is known: an all-out purge of the universe. In an attempt to save not only humanity, but the universe itself, Shepard bands together an army of alien races in order to defeat the Reapers in one final battle.

A hallmark of the series is the importance of a players save file. Choices made in one game can impact choices in later ones. Depending on who lives or dies within a single game, that character will or won’t show up at a later date. The game has been noted for its soundtrack as well as its numerous DLC packs. The game is available on the PC, XBOX 360, and the PS3.

“A Future for the Krogan” from the ME 3 soundtrack.

Listen in above as Commander Chris “Shepard” Nutt with a recap of Bioware’s Mass Effect series.