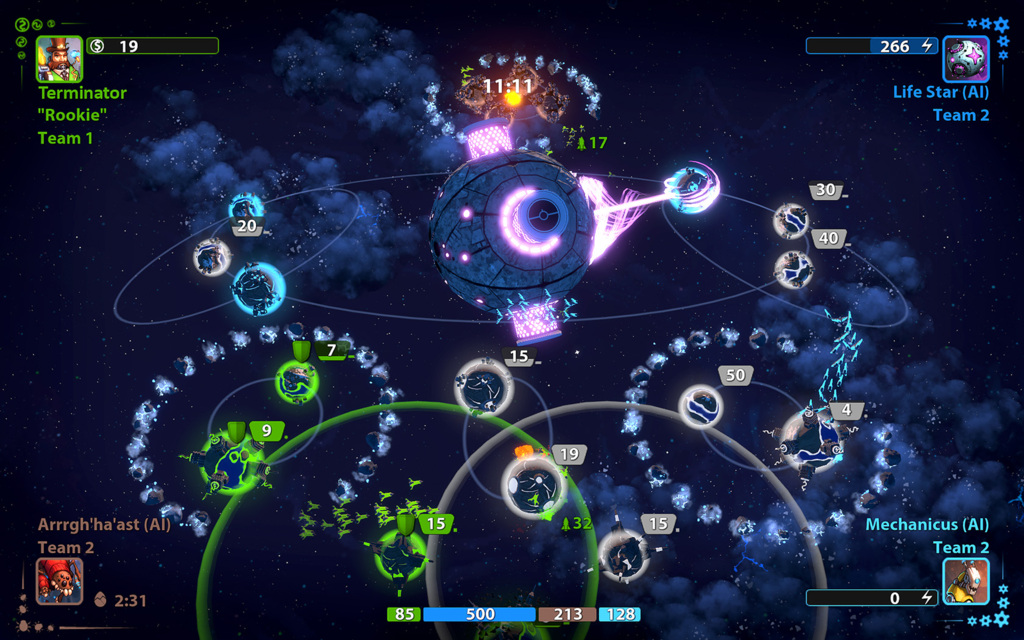 Planets under Attack is a strategy/role-playing-game set in outer space and developed by Russia-based Targem Games (Battle vs. Chess, Armageddon Riders).

You play as Mr. Goodman; a human trader set on making his fortune in the far-flung reaches of the universe.  While it may sound like Settlers of Catan (in Space), gameplay is more like Star Wars: Empire at War crossed with Asteroid; wield a mighty space fleet and conquer the various planets of the universe.

This game promises both a single-player storyline, as well as online multiplayer. It has a comic-book feel aimed at telling an “exciting and funny story.” Players can choose between two separate races, and battle gradually more challenging enemies such as aliens, robots, and zombies.