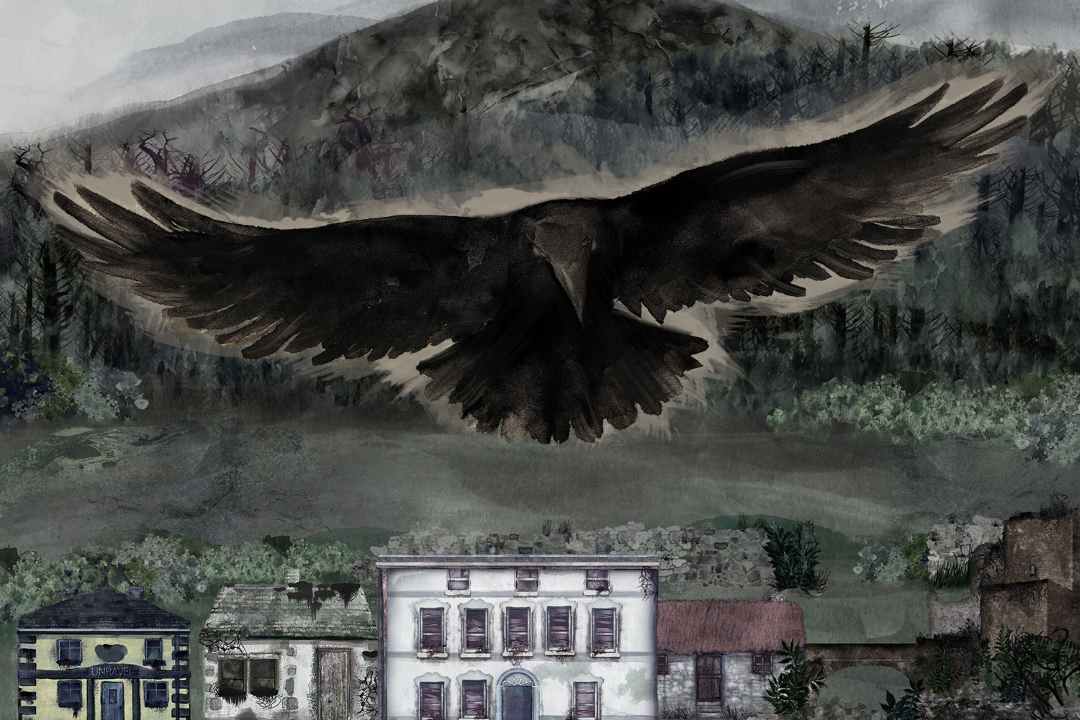 As the gaming landscape has become more established, it has also become more diverse. A larger audience and easier distribution means developers have the freedom to be creative and reinvent what a “game” can be. Perhaps the most rapidly expanding category is the artistic, emotion focused experience. It’s not about inventing a new mechanic or showing off tech, it’s about exploring the narrative potential of games. In a medium that’s all about player interaction Scéal is interesting in that it plays with tone. 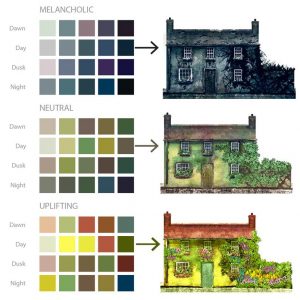 As the game progresses, so does the visual environment.

Scéal describes itself as a “living storybook.” It tells the story of a young girl’s spirit, wandering the world without any memories. Aided by a magical raven, the player guides the ghost to uncover her forgotten past. The story begins with the girl waking up on a lonely pier. Exploring the village and the surrounding area reveals that the book isn’t quite finished. A number of buildings must be “colored in” before the story may proceed. While this may sound like an opportunity for the player to put their own creative stamp on the game, the mechanic is, in fact, much less exciting. All that’s required is dragging the mouse over the screen to reveal the finished version of each illustration. After the book is completed, it comes alive with villagers emerging from their homes to wander the streets. By finding key people from the girl’s past and completing their individual quests, the player uncovers the truth surrounding her death.

The game is made up of many 2D watercolor illustrations layered against one another in a 3D world space, much like a pop-up book. Houses, trees and ships spring up and down as the camera shifts, giving the impression that the games “pages” are being turned. Not only is the environment kinetically alive, the quality and color of the illustrations are also in flux. As the player explores, the world comes to life in their wake, as though an invisible artist were putting the finishing touches on the watercolors. Depending on the time of day or the emotional tone of the story, the hue of the illustrations also change. The difference between the same landscape on an “uplifting” night verses a “melancholic” dawn is striking.

More memorable than its unique visual elements is Scéal‘s soundtrack. Despite its small scale, the game boasts an original soundtrack composed by traditional Irish folk musicians Lorcan Mac Mathuna, Aislinn Duffy and Florence Glen. Boasting 14 tracks, the musical landscape is rich, beautiful and at times haunting. In the final chapter, when the player must decide the ultimate fate of the girl, each choice has its own song. While a positive outcome is rewarded with a lively jig, a negative one results in a gut wrenching dirge. Combined with the story book illustrations, the music feels like a lullaby meant to accompany a bedtime story.

Here we come to the real heart of the problem: is Scéal better off as a video game compared to a traditional paper and ink book? Its certainly more memorable. It wouldn’t have taken more than 5 minutes to read through the text and glance at the key images. No, Scéal is much more special for being “living.” While its core mechanics are nothing to write home about, the dynamic nature of the environment and music makes it a real treat. It’s difficult to say exactly who the target audience might be. Scéal seems fitting for young children. After all, it is a “story book.” The controls are also perfect for a tablet port. I’m left wondering whether the ultimate goal was to have a tablet based game that parents could share with their children like an interactive story book, with the child doing the coloring while the adult helps with navigation and reading. 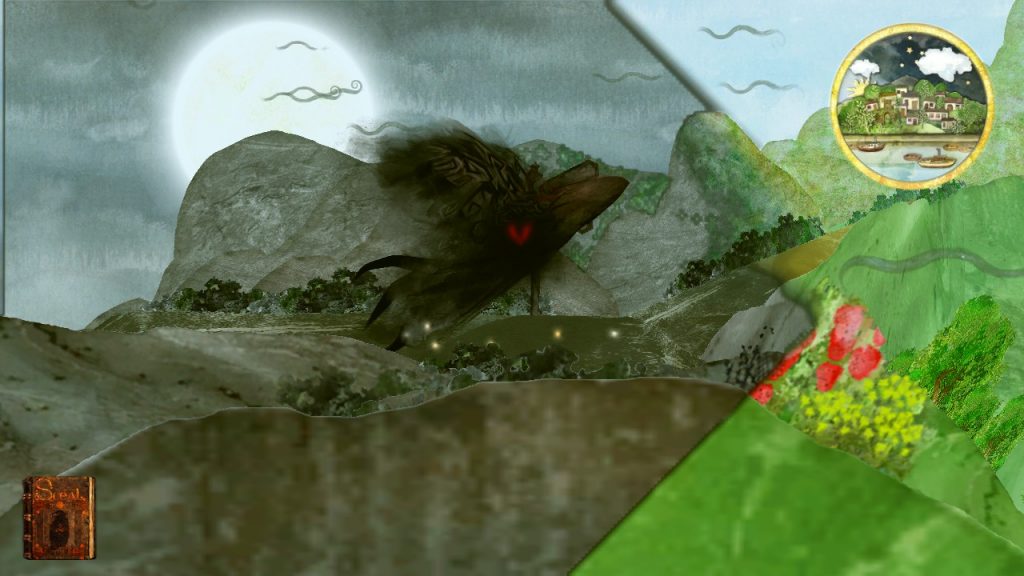 An example of the dynamic visuals in Scéal .

TL;DR: Is Scéal worth $5? Yes, without a doubt. The music alone is worth the price tag. I probably wont revisit the game now that I have played it through 3 times, once for each ending. Still, it’s a memorable experience and one which I hope will be emulated by future games.