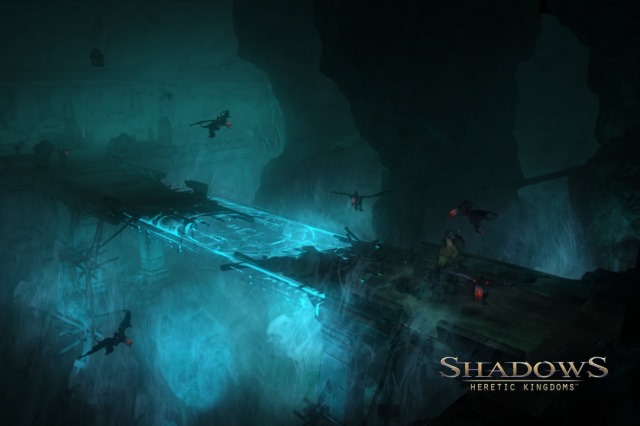 Shadows: Heretic Kingdoms is the next chapter of the Heretic Kingdoms saga. Set a few years after the events of Kult: Heretic Kingdoms, players are caught up in a terrible conspiracy and propelled upon an epic journey through a world of dark fantasy. Epic battles and unexpected plot twists await those brave enough to rise to the challenge! Take control of the Devourer, a demon that swallows the souls of the dead and brings them back into the mortal realm as puppets. But is the demon their master – or their servant?

The biggest attraction here is that you are playing a demon who can control “puppets” (characters) and shift between them and an alternate shadow world at will. It leads to some really interesting strategies and puzzle solving while battling through the land. Throw in a deep crafting system, some amazing music, lots of loot and impressive visuals (not to mention a highly responsive team of developers), and you have a game that is not only being shaped by the players but is honestly really quite fun.

Listen to Jeremy Smith’s take on bitComposer’s Shadows; Heretic Kingdoms, a game – that in some ways – is better than Blizzard’s action juggernaut.