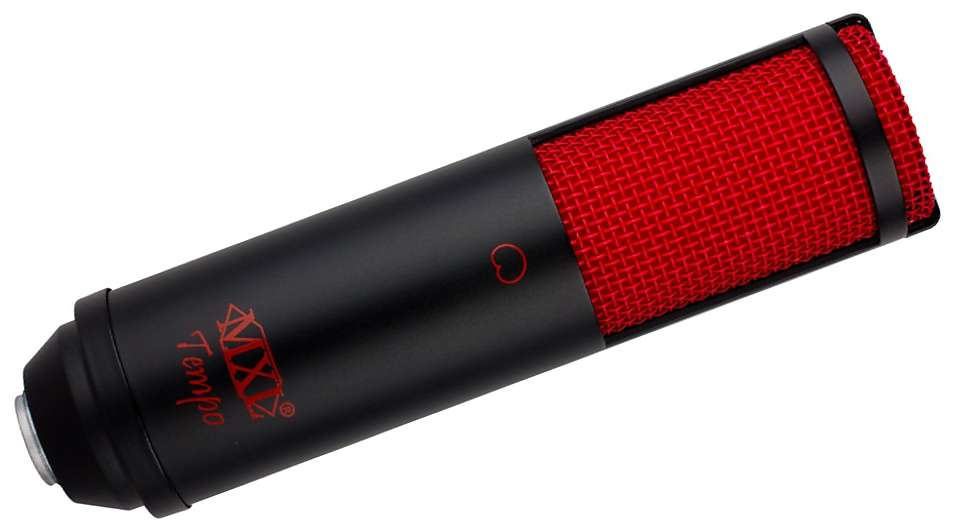 USB microphones aren’t the sexiest thing that you can find on a computer desk, but if you eschew a low-quality headset for your audio transmission needs (Skype, iChat, gaming, etc.) the people you are talking to CAN appreciate the melodious and sexy sound of your voice. MXL, a division of Marshal Electronics has been releasing professional and consumer grade audio microphones for a while and recently we had a chance to look closer at their Tempo USB microphone. 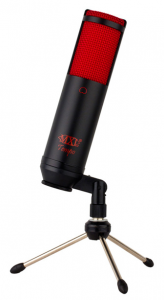 It connects via an included USB cable (1.1 or 2.0) to your computer and can even be used in conjunction with an iPad if you have the proper adapter. There is a little metal tripod you can mount the mic to, but it will snag any vibrations from the surface it is sitting on… so definitely do not place it on a running dryer full of rocks if you want a nice recording.

The trick with all microphones is that everyone’s ear is different. Some people like the sound of one over the other… even if there is little difference between the two: some sound warmer while others are hollow, some pick up excessive background noise or actual hum from the microphone while others emphasize the bass in a given voice. There is a myriad of factors that can influence what the listener thinks sounds good. Below is a sample recording on the Tempo and another from an Audio Technica Dynamic USB mic:

The biggest thing this mic has over the competition is the color. It’s red. I mean, you may not think much about it at first, but it actually looks good… I wouldn’t say enough to sexify your desktop good, but it does look much better than the plain matte black of most microphones. Another slick feature is that this is a condenser microphone, which means it is similar to the type you would find in a professional recording studio or radio station. This results in a much cleaner sound that can catch the nuances of your voice better than the cheap mic connected to your headset. There is also a handy headphone output (no volume control) directly on the microphone that you can use to monitor your voice as you are recording or speaking.

Take a listen to the two recordings above and then listen to the melodious and sexy sound of GPF’s review of the MXL Tempo USB microphone.