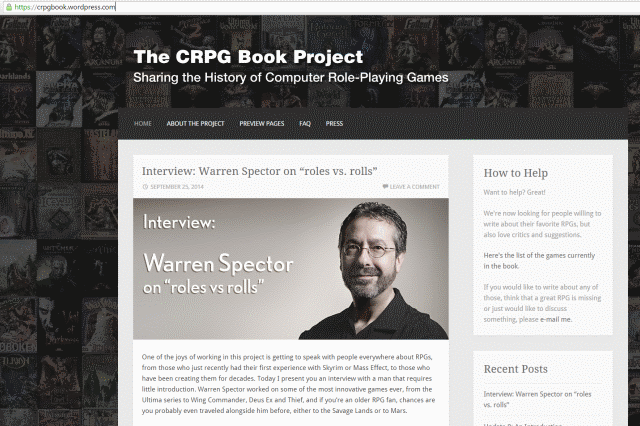 Felipe Pepe has spent a lifetime in Brazil gaming and is interested in giving it all back to past and future gamers through his crowdsourced book, The CRPG Book Project.

The idea for the project arose in January 2014, when I organized a voting for “Top RPGs” at the RPG Codex forums. More than 250 users from all around the internet voted, and we published an elaborate Top 70 RPGs list, complete with screenshots and reviews.

The feedback was great, but a lot of people complained about the lack of older games, as well of the forum users’ bias towards the more hardcore RPGs. So I decided to expand the list and explore the entire history and range of RPGs, this time in chronological order and with reviews from both fans and developers.

And thus the CRPG Book Project was born. 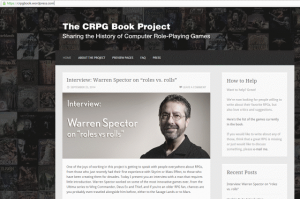 The CRPG Book Project website. (The ‘C’ stands for computer and is used as a way to delineate it from pen & paper RPGs.)

During our conversation, Felipe told me that they were forbidden to import computers during the dictatorship he grew up in, but there was a very small national industry producing hardware. However, the industry was “laughable” and only did “sub-par Apple II, MSX and Atari 2600 copies, since Brazil didn’t respect patent laws… and games were a big NO.”

Felipe began our talk with a look at his childhood in Brazil and how impactful computer gaming was to him.