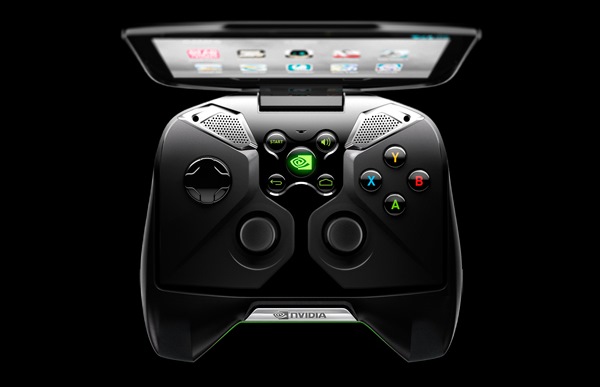 Are Sony and Microsoft’s Next-Gen Consoles Headed in the Wrong Direction?

This year’s Consumer Electronics Show (CES) was, as usual, full of pomp and circumstance. As the biggest consumer technology show of the year, the giants of the tech world descended on Las Vegas for a week to trot out all of their latest televisions, tablets, and smartphones. But as I watched the news from this year’s CES roll in, I was a little caught off guard by the sheer amount of gaming-related tech that appeared at CES this year. Traditionally CES is a show that is more about the laptops, tablets, and televisions, not game consoles. But the gaming that was showed off at CES this year wasn’t your grandfather’s gaming. Instead, mobile gaming took the spotlight this year. And the big message I took away from CES this year was that mobile gaming means to play ball this year.

Case in point: Nvidia’s “Project Shield” Tegra 4 powered handheld console. This Android-based device represents a potential powerhouse in mobile gaming. But the device really caught people off guard for a few reasons: First, and less important, Nvidia doesn’t normally make gaming consoles. But the second and more important reason that this device caught people off guard is that it is starting to look like the first salvo in an emerging war in the gaming world: x86 vs. ARM

And that war is going to be a doozy. As The Verge’s Paul Miller noted a couple weeks ago, CES was an eerily silent show for Microsoft and Sony’s gaming outfits, whose respective Xbox and Playstation gaming consoles are rapidly aging pieces of hardware in the middle of a fundamental revolution in how consumers are playing games. Sony’s CEO Kaz Hirai stated that CES “isn’t a games show”, but Miller is quick to note that what iOS and Android have taught us is that “consumer electronics can play games, too”.

Granted, mobile gaming isn’t obliterating your PC anytime soon, but this news of increasingly powerful mobile gaming systems comes at a time of crisis for Sony and Microsoft in particular. The two companies are scrambling to release updates to their home gaming consoles as they see more and more of their users leaving. Some are leaving for the better performance afforded by a Windows PC with a brand new, speedy graphics card. At the same time, others are fleeing to mobile platforms such as iOS and Android, whose proliferation of titles at low price points and rapidly increasing hardware power offer gamers a lucrative alternative. Both represent real threats for consoles.

But the real question is this: As Sony and Microsoft start to feel the ground fall out from beneath the current generation, how will they move forward?

One possible option for console manufacturers is to ally themselves more closely with the PC market. In fact, a number of reports over the last year have slowly come in that both the next generation Xbox and Playstation game consoles will be running x86 architectures as opposed to their current PowerPC and Cell architectures, respectively.

But what does that mean, exactly? That means that for the first time in a while, any major console sitting under your television and the laptop or desktop computer you use every day will be using the same architecture. Until now, porting games between the Playstation 3 and Xbox 360 and PC all at once took some effort. Of course, it is very possible, but developers have long complained about the Cell processor’s quirks, and many games on PC and Xbox never saw the light of day on Playstation 3, or vice-versa. And that would mean some very big things for cross-platform gaming. But it also would mean that the two giants of the console world won’t be taking mobile head-on anytime soon.

While we can’t confirm any rumors of Sony and Microsoft developing x86 consoles, it is seeming more and more likely as time goes on. ARM-based mobile gaming machines might be rapidly growing in popularity and processing power, but they still have a long ways to go before they’re on par with a modern x86 hardware. By most estimates, in about a year ARM machines will be on par with the Xbox 360, and with the rapidly deteriorating performance of the current generation of consoles, Sony and Microsoft are very likely to update their consoles sooner rather than later. This is despite the fact that both Sony and Microsoft continue to insist that their consoles are on long lifecycles. For example, Microsoft has stated the Xbox won’t be updated until 2015, and Sony continually says the Playstation 3 is on a ten-year track. But with how quickly the Xbox 360 and Playstation 3 are aging, I get the lingering suspicion they’re lying.

So the truth of the matter is that the current ARM hardware just isn’t fast enough for the Triple-A titles that console gamers expect. But over the course of the next few years, ARM performance is bound to improve rather quickly, and the gap between x86 and ARM will close quickly. Console makers have to bet on relatively long lifecycles to make their investment worth it – which is exactly why the powers that be at Microsoft and Sony want their consoles to live out long lifecycles. But if ARM will be caught up to the 360 in a year, isn’t it possible that ARM could catch up to the next generation before it’s even over?

Add to that the fact that mobile gaming is a big potential growth sector these days. Younger gamers are already showing a tendency toward mobile gaming and are beginning to ditch other platforms in favor of mobile. So, you would think developers and hardware manufacturers must be keeping their eye on the ARM market as a serious possibility for big growth sector for software sales.

Not so. The number of titles from Triple-A developers on mobile is miniscule, to the say the least. Developers like Bioware, Ubisoft, and Bethesda aren’t seeing mobile as that source of potential, and they aren’t releasing games on mobile platforms at this point. The prevailing thought is that mobile is the realm of Farmville, not Mass Effect. But that doesn’t change the fact that the market for mobile games is no joke – it’s rapidly surpassing conventional forms of gaming (console and PC) and is bound to continue growing. Still, if Triple-A game developers and hardware makers are still bypassing ARM, why should we (or Microsoft or Sony, for that matter) even care?

This is why: If these companies don’t get in on the ground floor of mobile, someone else will.

There’s a generation of new gamers who are flocking to the hardware that is kept around the house – iPads and Android tablets – and there is also a whole new generation of franchises that are getting an early edge in the mobile market. By the time ARM hardware catches up to console and PC hardware, will mobile gamers even care about a port of the most recent Bethesda, Ubisoft, or Bioware game? That’s what makes me think that there’s a potential future out there where Gameloft is a household developer name, and Infinity Blade is the classic game that defined an era. And there’s more.

Not just a hardware divide

It’s not just hardware that keeps mobile and console/PC gaming apart, either. It’s a divide in business models, too. While major developers continue to charge a one-time high price to buy software, mobile developers are getting creative in their ways of selling their software to customers. The low cost of mobile games is a big attraction to many consumers who can’t afford to shell out $60 every few weeks for a new game. Or consider the soon to be released Ouya game console, which requires that every game distributed through the console have a free version available.

And we’ve been here before, too: it wasn’t so long ago that arcade machines were king – complete with a low cost to play, a casual approach, and a wide fan base. They were wildly popular forms of gaming, the sort that nobody ever imagined could be taken down by home game consoles. But who’s to say that we aren’t about to undergo another fundamental shift in the way we think about how we buy and consume games?

Sony and Microsoft might not be at a precipice yet – both companies still have wildly successful gaming consoles on their hands, and they still have incredibly dedicated fans. They’re still the household names when it comes to video games. But as they move forward in deciding on the hardware and distribution choices for the next few years. Whether they want to believe it or not, they’re in a very delicate spot right now, and how they play the next few years could fundamentally change their gaming businesses for a very long time.

But for now, developers and hardware manufacturers are still sticking to their guns. And, of course, this will remain relatively successful for quite some time. Perhaps even for a very long time. But this gap, this massive between ARM and x86, is beginning to get so wide that it seems like an impassible chasm. Lacking any robust cross-platform solution, it seems hard to imagine that massive projects are going to be porting across the x86/ARM divide anytime soon. Witness the recent near-cancellation of a Super Hexagon port for Android. That game has a relatively simple concept and is not particularly hardware intensive, yet the developer noted some issues with lag in the Android version of the game that rendered a reflex-dependent game like Super Hexagon practically unplayable. Now imagine trying to port a game like Assassin’s Creed III to a mobile environment. But if you just take one look at the hardware sales charts and the sheer number of ARM devices being sold worldwide, and maybe you’ll catch a glimpse of gaming’s future.